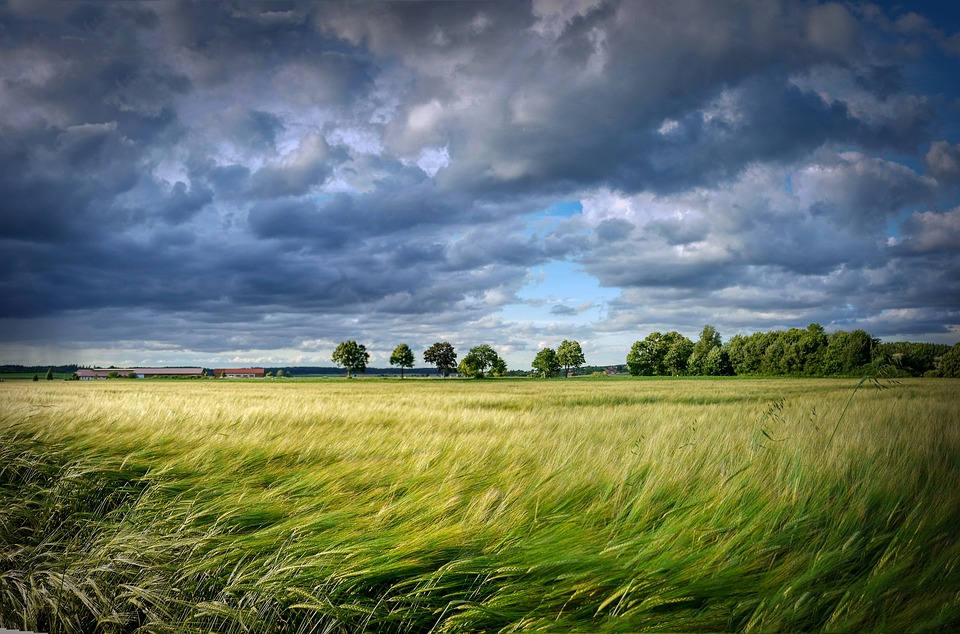 I wonder where the hay stack that used to be in that field went?  I lost the wooden hunting knife my father had made for me in that hay stack.  It became the proverbial needle in a haystack.  The moral of this story is “Never lose anything in a haystack.” Chances are that if you do, you will never see whatever it was that you lose again.

Over beyond those trees somewhere is the homestead of Old “Chili.”

“Chili” is best known for having become crippled after being attacked by the bees that he had kept for years.  He is also well known for being the owner of the barn that an airplane crashed into many years ago.

The field belongs to the farm owned by a really ancient old farmer. He was the wrinkled and sun-dried kind of leathery old man that you sometimes see in pictures.

He was a mean-spirited old farmer with a spark of decency in his heart. But he did force both his wife and his young son to do some of the dirtiest and nastiest work on their farm imaginable.

I helped to bail hay for him one summer day a long time ago.  He had promised a bunch of us local youths 50 cents per hours to help him get the hay from the field and into his barn. We all worked in the hot sun for 12 hours that day and when the day was done, the old farmer completely forgot about paying us and actually became enraged and ran us all off from his property.

The world spread on the old man and the next haying season, he couldn’t find a single kid willing to work for him. After that, he had to pay adults to work for him and he never got out of paying them, I will tell you that much!

I can still hear his Teen-aged son screaming for mercy as the old man beat him with a section of horse harness.  The child’s cries wafted across that field and were horrendous enough to make one’s blood run cold.  But those were the days when there was no such thing as legal child abuse, so the poor kid grew with many stripes on his back and a very paranoid personality to match …. much like his old father who seemed to love to beat on him.

The farmer’s wife was just as crazy as he was.  Him and his wife actually shopped separately at a local grocery store, cooked their own meals individually, sat at different tables in their kitchen …. and shared what they had cooked with their son who sat at a third table separate from his parents.

There was a fence separating our yard from their field and one day my Grandfather was out in the back yard of our house while the old farmer’s wife was plowing the field with a horse and horse-driven plow on the other side of the fence.

My Grandfather was a prim and proper old Victorian gentleman and was always very polite to the ladies.

So on this occasion, My Grandfather greeted the old lady with the plow with a courteous, “Morning, Mam.”

The old lady abruptly descended from her plow and, with a shout beckoned my startled Grandfather to “Hey! Old Man! Look at this!”

My Grandfather was then treated to an unobstructed view of the old lady’s nakedness as she hiked her dress above her head and cackled like an old crone.

Grandfather never really recovered from the shock of the moment.

I loved the Summer rain …..the lightning, the thunder, the spattering of the rain on our tin roof …. the warmth of the wind …. the freshness of the air ….

I always loved that old field …

One thought on “Moment In Time”