We are all familiar with the iconic “hashtag” that is so much used on “Twitter” these days but does everyone know exactly where this cross-hatched symbol first came from or how it has been used in the past? 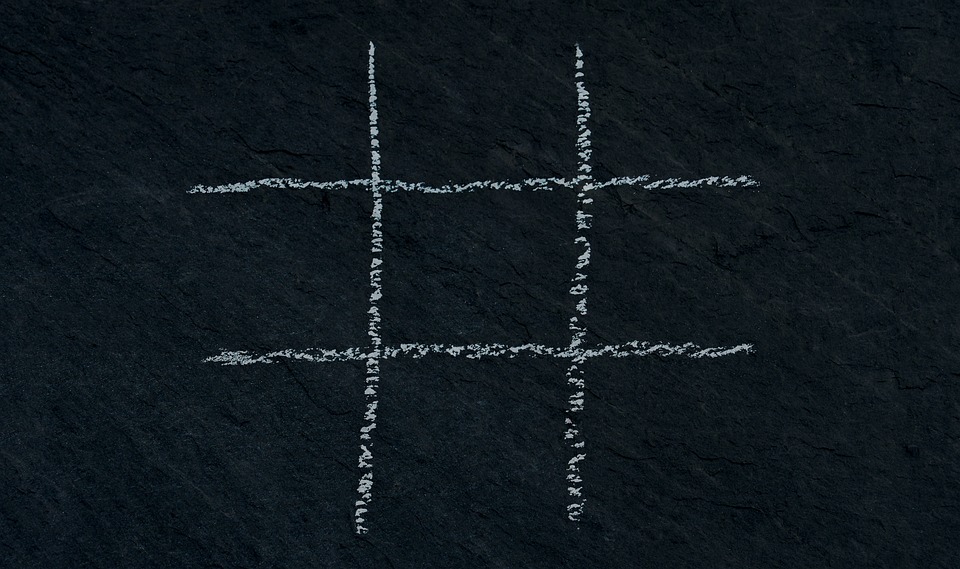 Well, for starters, the hashtag that we are so familiar with is actually called an “Octothorpe” in the Webster dictionary.

Here is what I found in a random search on the Internet:

“Also called a hash or a pound sign, the symbol has roots in 14th century Latin. According to one origin story of the #, people began abbreviating the Latin term for “pound weight,” libra pondo, as lb. … They called it the “octotherp,” which eventually became the octothorpe.”

In thinking of this symbol as the familiar “Pound” sign, I found this additional entry with a random search of the Internet:

“This name came to be because the symbol comes from the abbreviation for weight, lb, or libra pondo, literally “pound by weight,” in Latin.”

I have also seen this same cross hatched pound sign symbol (without it being italicized) being used in a common board game called, “Tic, Tac, Toe:

Again the Internet comes to our rescue:

“Tic–tac–toe is a simple, two-player game that, if played optimally by both players, will always result in a tie. The game is also called noughts and crosses or Xs and Os. Tic–tac–toe is a game that is traditionally played by being drawn on paper, and it can be played on a computer or on a variety of media.”

The hashtag was first brought to Twitter on August 23, 2007 by Chris Messina. Before this, the hash (or pound) symbol had been used in various ways around the web, which helped Chris in developing his detailed suggestion for using hashtags on Twitter.

It’s fun to find out things that we might never have known, isn’t it?

2 thoughts on “Where Did The “Hash” Tag Come From?”